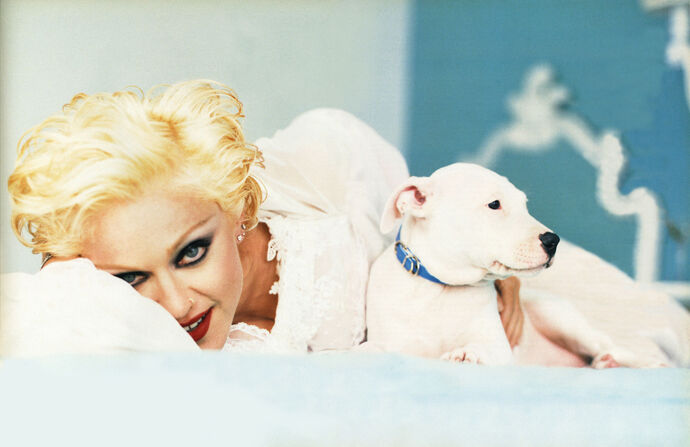 Madonna collaborated with Dallas Austin, Babyface, Dave "Jam" Hall, and Nellee Hooper, deciding to move into a more R&B direction. Madonna used this direction in a bid to soften her image following the critical and commercial backlash she faced after releasing several sexually explicit projects in the previous two years, notably the Erotica album and the Sex book. The huge success of the soundtrack single "I'll Remember" earlier that year marked the beginning of this transformation and Madonna used Bedtime Stories to continue it.

Commercially, the album proved to be successful. Debuting and peaking at number three on the Billboard 200, the album was certified triple-platinum by the Recording Industry Association of America. It also became her fifth number-one album in Australia and peaked within the top five in other international territories. Bedtime Stories has sold more than seven million copies worldwide.[2]Four singles were released from the album. The lead single, "Secret", gave Madonna her record-breaking 35th consecutive top ten single on the UK Singles Chart, while "Take a Bow" spent seven weeks at number one on the Billboard Hot 100. Other singles released were "Bedtime Story" and "Human Nature".

Retrieved from "https://madonna.fandom.com/wiki/Bedtime_Stories_(album)?oldid=7476"
Community content is available under CC-BY-SA unless otherwise noted.