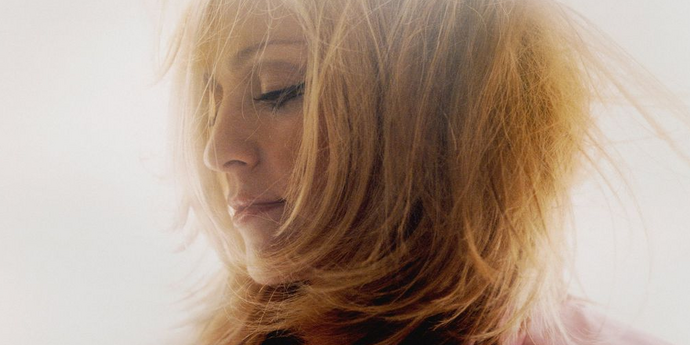 GHV2 (an abbreviation of Greatest Hits Volume 2) is the second greatest hits compilation album by American recording artist Madonna. It was released on November 12, 2001, by Maverick Records and distributed by Warner Bros. Records. The compilation contains a collection of songs from 1992 to 2001 selected by Madonna, who mentioned that she only wanted "songs that I could listen to five times in a row" included on it. It was a follow-up to The Immaculate Collection (1990) and was released to coincide with the live home video, Drowned World Tour 2001. The album did not contain any new songs, but a promotional single, "GHV2 Megamix", was released to promote it, with remixes by Thunderpuss, John Rocks & Mac Quayle and Tracy Young. Another remix album was released alongside, titled GHV2 Remixed: The Best of 1991–2001.

GHV2 received generally positive reviews from music critics, who deemed it as an essential compilation, although criticizing the absense of new material. Commercially, the compilation was also successful, peaking at number seven in the United States and number two in the United Kingdom. The Recording Industry Association of America (RIAA) and British Phonographic Industry (BPI) certified it platinum and double platinum, respectively. Elsewhere, GHV2 also attained success, reaching the top five in several countries in Europe, while topping the charts in Austria. It was the 14th best-selling album of the year and has sold more than seven million units worldwide.

The Drowned World Tour was the fifth concert tour by Madonna. It supported her seventh and eighth studio albums Ray of Light and Music respectively, and visited Europe and North America.[2] It was also her first tour in eight years, following The Girlie Show World Tour in 1993. The tour was supposed to start in 1999, but was delayed until 2001 as Madonna gave birth to her son Rocco, got married to Guy Ritchie, was working on Music, and was busy filming The Next Best Thing.[3][4] When the tour was decided, Madonna appointed Jamie King as choreographer and the tour was planned in a short timespan of three months, including signing up the dancers, musicians, and technicians.[5] Designer Jean Paul Gaultier developed the costumes in such way that they indicated different phases of Madonna's career.[6][7] The tour garnered positive reception from contemporary critics.[8][9][10]

Tour dates were limited to cities in Europe and United States and it became the first and only Madonna tour to skip over Canada completely.[11] After the tour was over, industry reports presented that it earned US $76.8 million ($102.64 million in 2016 dollars)[1] in total, from forty-seven summer sold-out shows and eventually played in front of 730,000 people throughout North America and Europe, averaging at $1.6 million ($2.14 million in 2016 dollars)[1] per show.[12][13] Drowned World Tour became the highest-grossing concert tour of 2001 by a solo artist, as well as the fourth highest-grossing among all, behind U2, NSYNC, and the Backstreet Boys.[14] Drowned World received the Major Tour of the Year and Most Creative Stage Production awards nominations at the 2001 Pollstar Awards, but lost them to U2.[15]