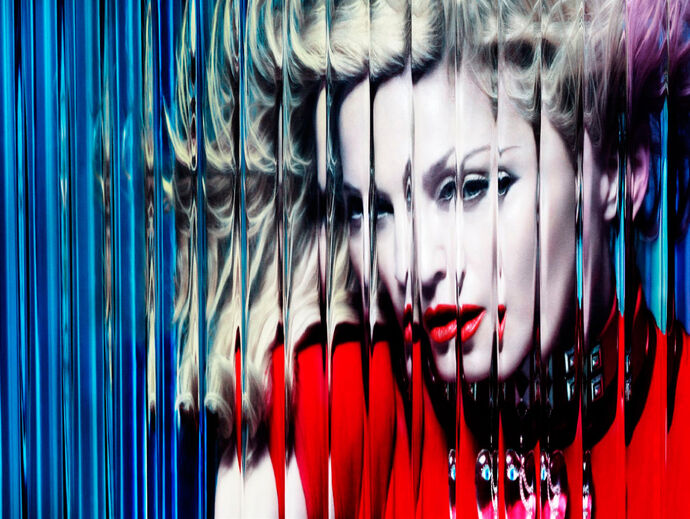 MDNA is the twelfth studio album by Madonna, and her first not to be associated with Warner Bros. Records, the label she was signed to since 1982. Madonna worked with a variety of producers for the album, such as: Alle Benassi, Benny Benassi, Demolition Crew, Free School, Michael Malih, Indiigo, William Orbit, Martin Solveig. It became Madonna's twelfth chart-topping album in the United Kingdom, surpassing Elvis Presley as the solo artist with the most number-one albums ever.

In December 2010, Madonna posted a message on her Facebook page exclaiming: "Its official! I need to move. I need to sweat. I need to make new music! Music I can dance to. I'm on the lookout for the maddest, sickest, most badass people to collaborate with. I'm just saying [...]." She reunited with producer William Orbit over a decade after their last collaboration. Madonna said: "With William, I didn't really have a discussion. We've worked on stuff for so many years that we kind of finish each other's sentences. He knows my taste and what I like." In July 2011, Martin Solveig was invited to a writing session in London. Originally Madonna had only acquired Solveig for an idea of one song which eventually turned into three "Give Me All Your Luvin'", "I Don't Give A" and "Turn Up the Radio". In an interview with Billboard, Solveig felt the stature of Madonna's regular producers would be intimidating and so he chose to avoid "thinking about the legend, and do something that just makes sense". Madonna then enlisted several other producers for the project, including Alle Benassi, Benny Benassi, The Demolition Crew, Michael Malih and Indiigo. She also collaborated with female singer-rappers Nicki Minaj and M.I.A.. Madonna wished to collaborate with "women who [...] have a strong sense of themselves", she found the pair were "fun to be around" and were both self-possessed people, referring to M.I.A. Madonna said "I don’t think she’s impressed much by stars and celebrities, so we just got down to business. I loved her."

On December 15, 2011, Madonna announced that the album will be released in the spring of 2012 and it will be her debut release from her 360 Deal with Live Nation Entertainment which was signed in 2007. Through this contract, Madonna and Live Nation signed a three-album deal with Interscope Records, who will market and distribute the album. In the 2011 year-end readers poll by Billboard, it was voted as the most anticipated album of 2012. 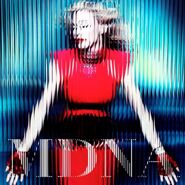 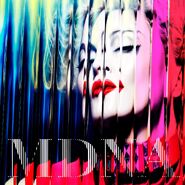 Deluxe edition artwork
Add a photo to this gallery

"Give Me All Your Luvin'" was released as the first single from the album on February 3, 2012. It received mixed reception from critics, who complimented its "catchy" melodies, but felt that the musical composition is inferior to Madonna's previous singles. Many reviewers noted the song as a weak lead single and not a proper representation of the album. The song reached the top of the charts in Canada, Finland, Hungary, Israel, and Venezuela, and the top five in several European countries, Japan and South Korea. It became Madonna's 38th top-ten hit on the Billboard Hot 100, extending her record as the artist with most top-ten singles in the chart history. Its accompanying music video was directed by Megaforce and features football and cheerleader theme inspired by the Super Bowl. The album's second single, "Girl Gone Wild" was released digitally on March 2, 2012. It also was met with mixed critical reception, with critics praising the dance nature of the song, while some noting its similarities to songs from other mainstream artists. The black-and-white music video for the song was directed by fashion photographers Mert and Marcus.

"Masterpiece" was officially sent to radio stations in the United Kingdom on April 2, 2012. The song also reached the top of the Russian Top 100 Airplay chart on December 2, 2012. "Turn Up the Radio" was released as the final single from the album, on August 5, 2012 in the United Kingdom.

In Brazil, "Superstar" was released as a promotional single on December 3, 2012 with Brazilian newspaper Folha de S. Paulo in the form of a free special edition CD along with the Eddie Amador Remix of the track. The artwork accompanying the single was designed by Simone Sapienza, a Brazilian graffiti artist who won a competition sponsored by Johnnie Walker's "Keep Walking" project in Brazil. From the ten finalists, she was chosen by Madonna. 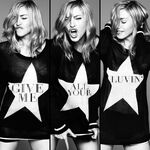 "Give Me All Your Luvin'" 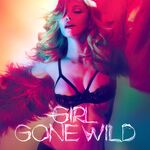 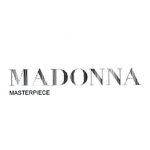 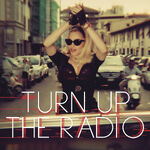 "Turn Up the Radio" 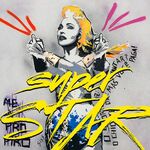 "Superstar"
(promotional)
Add a photo to this gallery

Retrieved from "https://madonna.fandom.com/wiki/MDNA_(album)?oldid=7971"
Community content is available under CC-BY-SA unless otherwise noted.