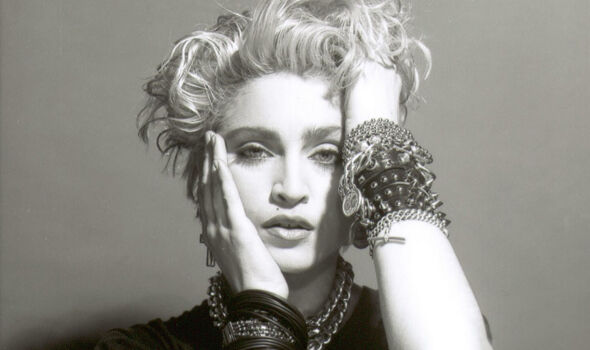 Madonna is the self-titled debut album by Madonna, released on July 27, 1983 by Sire Records. The album was re-released in 1985 as The First Album in Europe.

In 1982, while trying to establishing herself as a singer in downtown New York, Madonna met the president of Sire Records, Seymour Stein, who signed her to the label after listening to her single, "Everybody". The single's success prompted the label to sign her for an album's deal. Madonna chose to work with Warner Bros. producer, Reggie Lucas for the album, but however, she wasn't happy with the completed tracks and disagreed with his production techniques, so she decided to find additional help with the production of the album.

Madonna invited her then-boyfriend at the time, producer John "Jellybean" Benitez to help her complete the album. Jellybean remixed many of the tracks and produced the song, "Holiday." The overall sound of Madonna is dissonant and in the form of upbeat synthetic disco which utilized some of the new technology of the time such as the Linn drum machine, the Moog bass, and the Oberheim OB-X Synthesizer. The lyrical content of the album talks about love and relationships.

For her debut album, Madonna decided not to work with Kamins or Bray and chose Warner Bros. producer, Reggie Lucas. Bray decided to push Madonna into the musical direction of pop music and recorded the song "Burning Up" with her. However, Madonna didn't have enough material to warrant a full album. The available songs were "Lucky Star" (which was a new version of "Ain't No Big Deal"), "Think of Me", and "I Know It".

Lucas brought two more songs for the project: "Physical Attraction" and "Borderline". As he recorded the songs, he deviated considerably from the original demo versions; one such altered song was "Lucky Star" The song was written by Madonna for Kamins, who had previously promised to play the song at Danceteria, but however, the track was used by Madonna for the album which she planned to call "Lucky Star." Madonna believed that "Lucky Star" and "Borderline" were perfect for her album.