Juan Luis Londoño Arias (born January 28, 1994), better known by his stage name, Maluma, is a Colombian reggaeton singer and songwriter. He was born in Medellín, Colombia[1]

Madonna met Maluma backstage at the 2018 MTV Video Music Awards. He sent her flowers the following day, saying what a great honour it was to meet her. Madonna later heard from his manager that he wanted to collaborate with her.[2]

Maluma has collaborated with Madonna on three songs. 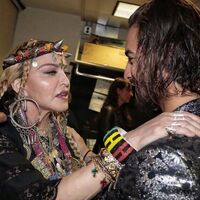 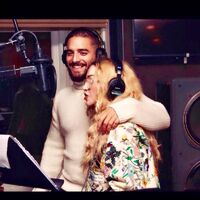