Onika Tanya Maraj (born December 8, 1982), better known by her stage name Nicki Minaj, is a Trinidadian-born American rapper, singer, songwriter and actress. She was born in Saint James, Port of Spain, Trinidad and Tobago, before moving to the New York borough of Queens at an early age. Minaj created various mixtapes before reaching mainstream popularity with her debut album Pink Friday. Since then, she has gone on to become the most successful female rapper of all time and is hence dubbed the "Queen of Rap".

Madonna and Minaj began working together in 2011 for two tracks from Madonna's twelfth studio album, MDNA. Later in 2012, Minaj joined Madonna onstage as a guest at her Super Bowl Halftime Show. They collaborated again on a track from Rebel Heart. At the 2018 Met Gala, Minaj hinted at an upcoming "surprise" between the two, however no release has since been announced. 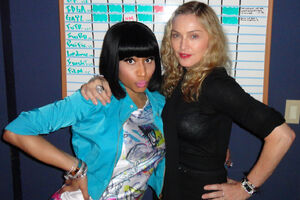 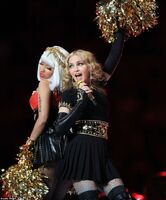 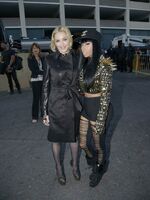 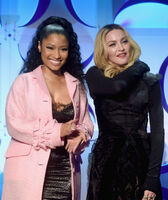 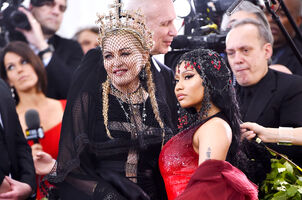