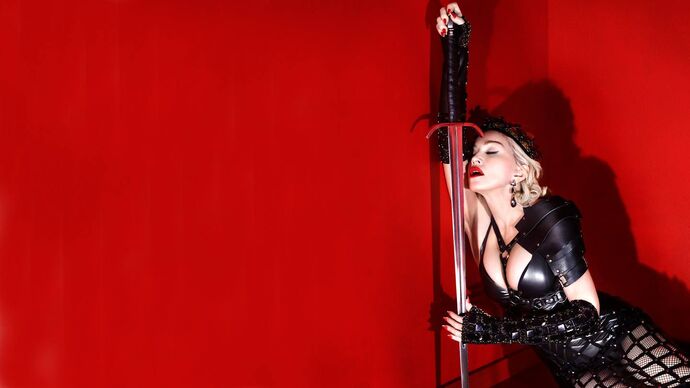 Rebel Heart is the thirteenth studio album by Madonna. Following the completion of the MDNA era, Madonna worked on the album throughout 2014, co-writing and co-producing it with various musicians, including Diplo, Avicii, and Kanye West. She teased by uploading pictures of her recording sessions on her Instagram account. Working with a number of collaborators on the album, Madonna faced problem in keeping a cohesive sound and direction for Rebel Heart, since her previous efforts have been only with a core group of people.

Thematically Rebel Heart represents the two different facades of the singer, listening to one's heart and being a rebel; the themes grew organically during the writing and recording sessions. Musically, it is a pop record which merges an array of genres such as 1990s house, trap and reggae, as well as the usage of acoustic guitars and gospel choir. Some of the songs are autobiographical in nature while others talk about love, personal reflections, as well as introspection of Madonna's career. Rebel Heart features guest appearances from boxer Mike Tyson and rappers Nicki Minaj, Nas, and Chance the Rapper.

The record had been set for a March 2015 release, with the first single to be released on Valentine's Day. But after a flurry of unexpected album content leaks, the singer released the album for pre-order on iTunes Store on December 20, 2014, with six songs being available for download. Police investigation led to an Israeli man being arrested, who was charged for hacking into Madonna's computer and leaking the songs. The cover art for the deluxe edition of the album became popular, leading to numerous memes being created on Instagram, Tumblr, and Twitter. To promote the album, Madonna made several television appearances and performances, including the 57th Annual Grammy Awards and the 2015 Brit Awards. Further promotion for the album would come from the Rebel Heart Tour, which is set to kick off on August 29, 2015. "Living for Love" and "Ghosttown" were released as singles from the album.

Rebel Heart received predominantly positive reviews from music critics, who called it her best effort in a decade. They found that unlike her last two studio efforts Hard Candy (2008) and MDNA (2012), the album was progressive in its sound. The album debuted at number two on the Billboard 200 chart in the United States and the UK Album Chart. It peaked at number one in various countries across the world, including major music markets such as Australia, Canada, Germany, Italy, Spain, and Switzerland, while reaching the top-ten of the charts in France, Ireland, Japan, New Zealand, and Sweden. 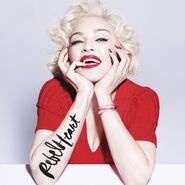 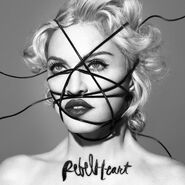 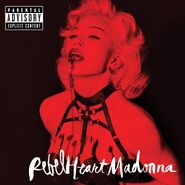 Super Deluxe physical
Add a photo to this gallery

"Living for Love" was released as the albums first single, the song was also apart of the leaks in 2014. The song was performed at the 2015 Grammy awards, further promoting the single and album together, she also performed at the 2015 Brit Awards, which during the performance a wardrobe malfunction happened and she tumbled down the stairs, hurting some of her left hip. The music video was released February 2015, which had a spanish matadore theme of the music video influenced the performance themes as well. The song charted at #1 on the 'Billboard Hot Dance Club Songs Chart'. "Ghosttown" was released as the second single from Rebel Heart, the song was released onto iTunes in 2014 following the then-recent leaks. The song was performed at the 2nd iHeart Music Awards where singer Taylor Swift accompanied her on stage playing the guitar, a music video was released March 2015, the music video had a type of end-of-the-world theme. The song charted at #18 on the 'Billboard Adult Contemporary Chart'. "Bitch I'm Madonna" was released as the official third single from the album. The song featured rapper Nicki Minaj. The song was performed for the first time on The Tonight Show starring Jimmy Fallon, where the performance began with Madonna in the dressing room and then enters Diplo's dressing room, then Madonna dances in the hall then comes out into the studio where the audience waited. The music video was released June 2015 with celebrity appearances from Katy Perry, Rita Ora, Miley Cyrus and Beyoncé which had a party at the hotel theme. The song charted at #2 on the 'Billboard Hot Dance Club Songs Chart'. "Hold Tight" was the fourth single released and was released as a single only in Italy. 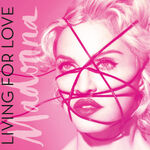 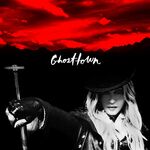 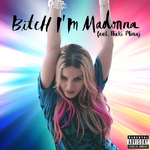 Retrieved from "https://madonna.fandom.com/wiki/Rebel_Heart_(album)?oldid=8308"
Community content is available under CC-BY-SA unless otherwise noted.