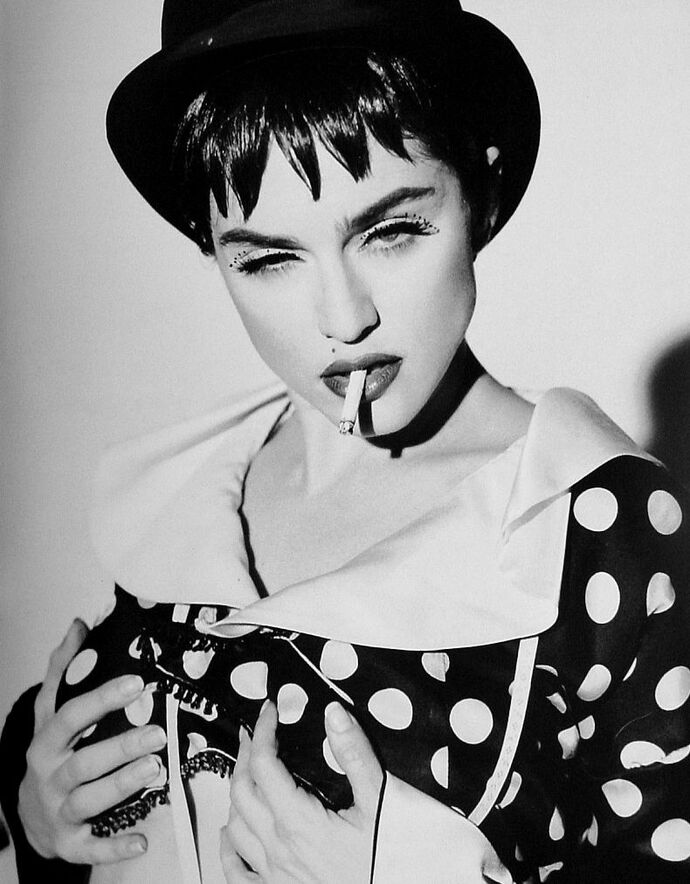 The Immaculate Collection is the first greatest hits album by American singer Madonna. It was released on November 9, 1990, by Sire Records and Warner Bros. Records. It contains new remixes of fifteen of her hit singles from 1983 to 1990, as well as two new tracks, "Justify My Love" and "Rescue Me". The title of the album is a loose pun on the Immaculate Conception, the conception of the Virgin Mary without the stain of original sin. An extended play titled The Holiday Collection was issued in Europe to accompany the compilation and the re-release of the single "Holiday". It is the first album ever to use an audio technology called QSound.

It became Madonna's second album to be certified diamond by the Recording Industry Association of America for shipment of over 10 million copies across the United States. It spent the second highest number of consecutive weeks at number one for a female solo artist in the UK, being at number one for a 9-week stint. The album has sold 30 million copies worldwide, making it the best-selling compilation album by a solo artist and one of the best selling albums of all time.

"Justify My Love", the album's first single, became Madonna's ninth number-one hit on the Billboard Hot 100 and was one of her most controversial singles due to its sexually explicit music video. "Rescue Me" was released as the second single and became the highest-debuting single on Hot 100 by a female artist at that time, entering the chart at number fifteen and peaking at number nine.

Originally titled Ultra Madonna, the name was changed as Warner Bros. felt that it was too similar to the name of dance artist Ultra Naté. Madonna dedicated the album to "The Pope, my divine inspiration". This led to many believing it was dedicated to Pope John Paul II, but it was actually dedicated to her brother, Christopher Ciccone, who had spent the year on tour with Madonna ("The Pope" is one of his nicknames). The production of this album is notable for its use of QSound; all songs were mixed in using it, except "Justify My Love" and "Rescue Me". A QSound mix of "Justify My Love" was later released on the US maxi-single to the song.

All of the songs on The Immaculate Collection (with the exception of the two new songs) were remixed by Shep Pettibonealongside either Goh Hotoda or Michael Hutchinson and some were also edited down from their original lengths in order to decrease the overall running time. While all the vocals remain the same as in the original recordings, "Like a Prayer" and "Express Yourself" feature different music backing Madonna's vocals than their original album release. It was decided that a mixture of ballads and pop-dance hits would be included, although there wasn't space for every single that Madonna had released. "Justify My Love" became the first single to promote the album, and created a furor over the sexual video and the controversy in regards to who wrote it; poet Ingrid Chavez claimed she wrote part of the lyrics alongside credited lyricist Lenny Kravitz. The single shot to number one in the U.S. and number two in the UK. A second release, "Rescue Me", was released in early 1991, which also went top ten.

Warner Bros. released an EP in the UK and Europe titled The Holiday Collection which had the same design as The Immaculate Collection. The full-length version of "Holiday" was included alongside "True Blue", "Who's That Girl", and the Silver Screen Single mix of "Causing a Commotion". The re-released "Holiday" eventually went to No. 5 in the UK charts, while a re-release of the ballad "Crazy for You" (using the new remixed version) peaked at No. 2.

Retrieved from "https://madonna.fandom.com/wiki/The_Immaculate_Collection_(album)?oldid=7475"
Community content is available under CC-BY-SA unless otherwise noted.