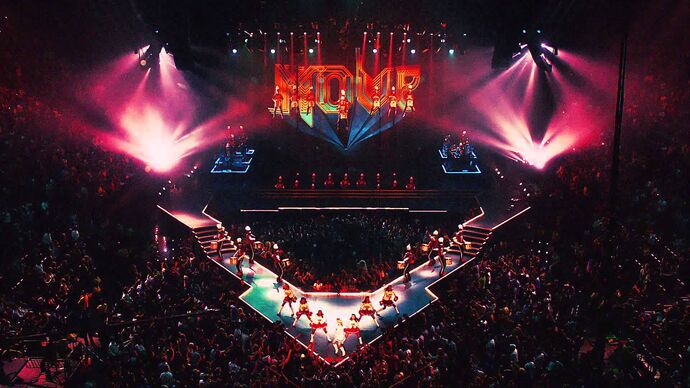 The MDNA Tour was the ninth concert tour by American singer-songwriter Madonna. It showcased material from her twelfth studio album, MDNA (2012).

While promoting her movie W.E., Madonna was associated with Smirnoff vodka brand, and launched the "Smirnoff Nightlife Exchange Project", in which participants had to upload material from them, competition showing his dancing skills, to be included as dancers his upcoming tour. Eleven finalists were presented to Madonna and other guests in November 2011 at the Roseland Ballroom, where the winner was Charles Riley (known as Lil Buck).

The tour was officially announced on Tuesday, February 7, two days after his participation in the halftime show of Super Bowl XLVI. That day the promotional poster and the name of the new tour was revealed through their official website and its promoter Live Nation. This coincided with the announcement of the covers of deluxe and standard editions of MDNA, the premiere of the video of the single "Give Me All Your Luvin'" and the announcement of the track list of the album.