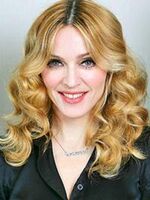 For those of you interested in seeing Madonna live, we have located a list of the one and only Material Girl's tour dates...and links to buy tickets! For a Madonna fan, what could be better than seeing her live on a lovely summer day? Other than perhaps, being backstage!

Madonna will be touring the USA in summer-fall 2012, for the first time since her infamous/wonderful/controversial Superbowl halftime show. And since it's Madonna, you never know what she's going to do! She'll be in Miami, Chicago, New York, Las Vegas, Philadelphia, and Boston--not to mention she's currently touring Europe!